Some readers are receiving the weekly wrap for the first time tonight.  I hope you enjoy learning what your state government is doing, and share the Wrap with friends.


Please visit my blog to take the 2018 legislative survey on current issues before the General Assembly; susan-lynn.blogspot.com.  Issues include the states amending the US Constitution, medical cannabis oil, the National Motto Bill and many others.


This week in Nashville, House Republicans continued work on several key budget initiatives, including moving forward with bills on the education, juvenile justice, and opioid fronts.


Recently, Tennessee became the first state in the nation to give all Tennesseans access to college free of tuition and fees through the Tennessee Promise and Tennessee Reconnect programs. To assist in ensuring those incoming students complete college and enter the workforce with degrees or certificates in a timely manner, House Republicans are moving forward this year with the Complete to Compete initiative. Once passed by the legislature, this new plan will restructure financial aid requirements for Promise and HOPE scholarships to keep students on track for on-time completion, and requires community colleges to implement structured, ready-made schedules for all incoming full-time students based on their academic program.


Additionally, House members completed initial steps this week in passing the Juvenile Justice Reform Act of 2018 — an initiative created based upon recommendations made by members of House Speaker Beth Harwell’s Joint Ad-Hoc Blue Ribbon Task Force on Juvenile Justice. Research suggests that taking youths out of their homes and schools for minor offenses increases the risk of recidivism, diverts resources from youth who pose a risk to the community, and uses taxpayer dollars unnecessarily because community-based services are often more effective and cost efficient. The Juvenile Justice Reform Act will tackle these problems and help strengthen families and communities while promoting public safety and ensuring a responsible and conservative use of state resources.


In addition to the Complete to Compete initiative and Juvenile Justice Reform Act, House members continue discussions on the Tennessee Together program, a multi-faceted plan comprised of legislation, $30 million in funds through Governor Haslam’s proposed budget, and other executive actions to battle opioids through the three major components of prevention, treatment, and law enforcement. Similar to the Juvenile Justice Act, the Tennessee Together plan incorporates recommendations made by Speaker Beth Harwell’s Ad Hoc Task Force on Opioid Abuse.


Other notable budget highlights investments for the year include:


This year, House Republicans are leading efforts to reform Tennessee’s welfare system, including reinstituting work requirements for those receiving benefits from the state’s Supplemental Nutrition Assistance Program (SNAP) and TennCare.


By reinstituting work requirements for SNAP, approximately 58,000 able-bodied adults who are not currently meeting the work requirement but still receive assistance will now be able to capitalize on an overabundance of jobs in order to secure meaningful employment. This will help move them along a pathway from dependency to independence and self-sufficiency.


The restoration of these stipulations will not impact residents who currently depend on these key benefits in 16 Tennessee counties still designated as distressed by the Tennessee Department of Economic and Community Development. They will also not apply to Tennessee’s senior citizens or disabled residents.


Similarly, House Bill 1551 directs the commissioner of the Tennessee Department of Finance and Administration to file a waiver instituting reasonable work requirements for TennCare enrollees. The measure comes as the federal Centers for Medicare and Medicaid Services issued new guidelines for states, allowing Tennessee to implement work requirements on citizens who receive TennCare benefits.


As leaders of the state, House Republicans want Tennessee residents to have meaningful employment so they can take care of their families and make contributions that enable communities to continue their economic development and prosperity. These new initiatives accomplish these goals while also ensuring state resources are managed in the most efficient and effective way possible.


House lawmakers this week introduced legislation that would end mandatory emissions testing for vehicles in Tennessee.


Once passed, House Bill 1782 will apply to residents of Hamilton, Davidson, Rutherford, Sumner, Williamson, and Wilson Counties where vehicle emission testing is still required prior to vehicle registration or renewal.


The 1990 Federal Clean Air Act required the state to develop more restrictive regulations to control air pollution from mobile sources in counties which were not meeting the Federal Standards for air quality.


Currently, testing is done on vehicles with a model year of 1975 and newer if they are powered by a gasoline or diesel engine and weigh up to 10,500 lbs. Over 1.5 million vehicles went through emissions testing in Tennessee last year in the six counties where it is required.


The idea for House Bill 1782 resulted from conversations with Tennesseans who have voiced concerns about the burdensome costs of testing on families across the state. Once the Tennessee Department of Environment & Conservation released a report last August revealing that all 95 Tennessee counties now meet federal air quality health standards, it became clear that mandatory testing was no longer needed.


Supporters agree that vehicle emissions testing is a perfect example of a well-intentioned government program with harmful, unintended consequences for Tennessee's middle class, noting that the passage of this legislation will help relieve this burdensome regulation for Tennessee citizens.


House Bill 1782 will first be heard by the House Agriculture & Natural Resources Subcommittee.


This week in Nashville, legislators partnered with the Tennessee Department of Education to announce critical funds that will go to support education initiatives across Tennessee.


The funding is a result of efforts by the General Assembly last year to not only fully fund education in the state, but also provide $18 million to cover school district growth as part of Governor Haslam’s 2017 budget.


These significant investments will allow many of the state’s school districts with growing populations to maintain proper student to teacher ratios so that they can continue offering quality education for the next generation of leaders.


Funding advocates agree that when the legislature is able to supply teachers and students with the resources they need in order to achieve their educational goals and dreams, everyone in the state benefits.


Because of the popularity of the 2017 growth funds, an additional $18 million in funding has been proposed as part of the 2018-2019 fiscal year budget. 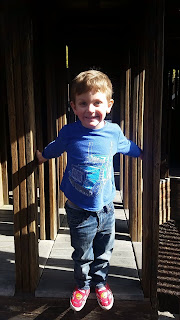 This Wednesday marks 4 years since our grandson Benji was diagnosed with Type 1 diabetes.  Benji was only 1 year old and became very sick rather suddenly.  The diagnosis of Type 1 diabetes shocked us. This life long, insulin dependent condition left us all depending on our faith, medical science and the kindness of other TID parents who are an amazing group of people.


A dear T1D mom told my daughter at the time, "today diabetes is HUGE in your life but very soon it will be a small part."  It took a long time but she was right.  We are very grateful for modern medicine because when I was a kid, many with T1D didn't live much past 30 and blindness was a real threat.


Today Benji is in kindergarten in Wilson County Schools.  His teacher and school nurse are AMAZING and so loving to him.  In December he got an insulin pump attached to his little body – no more needles 4 times a day!  On Tuesday he will get a blood glucose monitor added to the pump so he will essentially have an artificial pancreas.  You might not notice but you can see the bulge of the monitor on his right hip in this photo.


It sounds odd to be grateful for this whole experience but I am.  It has made me much more aware and sensitive to the needs of others than I ever was before.  Benji has a bright future thanks to our Heavenly Father, the prayers of so many, to science, to his teacher, his nurse at school, his mommy and daddy and to so many others whose kindness and love we will never, ever forget. 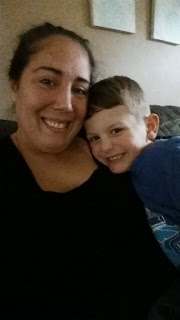 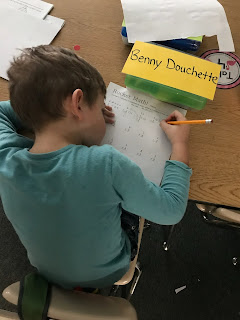