The working group organized to make recommendations for immediate enhancements to school safety across the state officially released their proposals this week in Nashville. The working group identified three immediate priorities:

The group’s proposal directs the Tennessee Department of Safety and Homeland Security, in conjunction with the Tennessee Department of Education and local officials, to immediately begin development and implementation of a statewide assessment of every public elementary and secondary school in the state to identify areas of risk. While all school districts currently have safety plans, this will be the first time that the state has led a comprehensive effort to determine the security needs at each individual school. The risk assessment will be based on model security standards identified by the Department of Safety and Homeland Security, with assessment training provided by state homeland security officials to local school district personnel and first responders. As this is the first priority identified by the working group, the state agencies have been asked to complete the assessments before students return to school for the 2018-19 school year.

Following the school security assessments, and on an annual basis thereafter, each school’s emergency operations plan must ensure specific facility risks are identified and updated and that state school safety resources, including the additional $30 million proposed in this year’s budget, are utilized to address the identified risks.

One such area of risk, and the second priority identified by the working group, is the availability of trained school safety personnel and school resource officers. For the schools in the state that do not have SROs on-site, lack of funding is often cited as a primary reason. The proposed 2018-2019 budget and school safety plan doubles the amount of recurring school safety grant funding for schools, which can be used toward SROs or other facility security measures. And, to address immediate needs while further state, local, and federal conversations around school security and budgeting take place, total state school safety grant funding would increase by more than 500 percent for the upcoming fiscal year.

The third immediate priority of the working group focuses on providing a statewide technology application for the anonymous reporting of threats or suspicious activity by students, faculty, staff, and others. The concept would provide for direct communication among and between the individual reporting the threat or activity and the state, local law enforcement officials, and local school districts.

The working group also recommended the promotion of positive behavioral health for all students. As part of this recommendation, Governor Haslam has directed the Tennessee Department of Mental Health and Substance Abuse to work in conjunction with the Department of Education to expand training areas, including training on strategies to increase awareness and responsiveness to signs and symptoms of student behavioral health and mental health needs.

All children in Tennessee deserve to learn in a safe and secure environment and House Republicans stand in support of the recommendations of the working group to make immediate, impactful, and unprecedented security improvements in Tennessee schools.

On Wednesday's edition of "Washington Watch with Tony Perkins" Tennessee State Rep. Susan Lynn (R) joined Tony to highlight a bill she sponsored requiring public schools to post the 'In God We Trust' national motto in each school. Also, we will hear Daily Wire Editor-in-Chief Ben Shapiro’s speech from the annual “Friends of FRC Banquet” last night, on why it is necessary for people of faith to be active in both culture and government.

Please visit my blog to take the 2018 legislative survey on current issues before the General Assembly; susan-lynn.blogspot.com.  Issues include the states amending the US Constitution, medical cannabis oil, the National Motto Bill and many others.

This week in Nashville, House Republicans joined with Governor Bill Haslam to announce the statewide unemployment rate remained near historic low levels in February with a rate of 3.4 percent.

The consistently record low unemployment rate showcases the impact of the policies passed by House Republicans. These initiatives have helped to foster an environment where businesses can thrive and create jobs.

Tennesseans can access the latest job openings across the state, as well as job interview preparation information, on the state’s workforce website at www.jobs4tn.gov.

The first bill, House Bill 2315, ensures that state and local government entities are prohibited from adopting or enacting sanctuary policies, whether they are in written form or not, which shield illegal aliens from state and federal immigration laws.

A sanctuary city is a term given to a city in the United States that follows practices that protect illegal aliens. The term generally applies to cities that do not allow funds or resources to be used to cooperate with federal immigration laws, usually by not allowing police or government employees to inquire about an individual’s immigration status.

Legislation was passed in 2009 making sanctuary cities illegal in Tennessee. However, the law defined a sanctuary city as one which has written or stated policies, leaving a loophole for those which quietly choose not to cooperate with state and federal laws.

This legislation expands the definition of what a sanctuary city is beyond a written policy. It also creates a reporting mechanism for residents to make a complaint. In addition, the proposal puts teeth in the law by cutting off economic and community grant money to any Tennessee city that adopts policies which are in violation.

The second bill designed to fight back against sanctuary cities, House Bill 2312, prohibits state and local government officials or employees from accepting consular identification cards and other similar documents which are not authorized by the General Assembly for identification purposes. The bill is a preemptive measure to ensure that abuses seen in other cities in the U.S. to issue government identification cards to illegal aliens are not implemented in Tennessee. Matricula consular cards, which are issued by the Government of Mexico to Mexican nationals residing outside the country, were prohibited as a source of identification for receiving a driver’s license under a law adopted by the Tennessee General Assembly in 2003 after widespread abuse was reported.

Both bills will next be heard by the House State Government Committee.

Charis Health Center joined us today at the legislature and asked Sen. Pody, Rep. Boyd and me to pose for a photo. Charis does wonderful work in our community.
.
Funny true story behind this photo - Rep. Boyd and I were in Session voting on the Governor's FOCUS Act - the bill disbands the UT Board of Directors (think Sex Week, gender neutral pronouns, etc.) and forms several news boards for each of the UT locations. There were 9 amendments, 8 of them hostile.
.
So Rep. Boyd and I had to run, and I mean run down the grand staircase for the photo, snap it and then run back up the staircase as fast as we could so we would not miss a vote.
.
We didn't miss a single vote! We passed the bill with 51 votes!!!
.
Had Rep. Boyd and I not been in the Chamber it would have failed but WE RAN as fast as we could down and up those stairs.:-) Good bye UT board.
.
This bill by the Governor allows the legislature to confirm the board members by vote in Session. We will vote on the new board members for each of the locations before Session ends. We had a lot emails from liberals who threatened all of us. I sure wish Sen. Pody could have waited for the photo so we could have visited. My Leadership Wilson friends know what a feat it is to run down and up that staircase 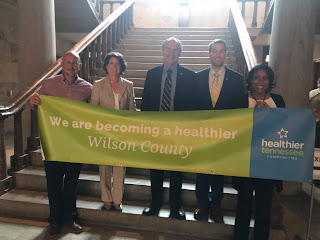 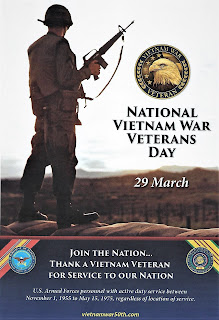